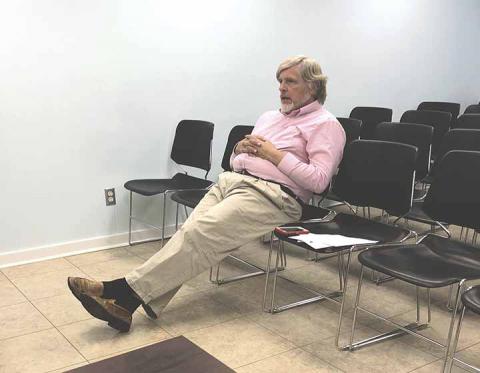 The Reform City Council began their meeting on Tuesday, April 16th with Mayor Bennie Harton calling the meeting to order. Under old business, Harton discussed the fountain and lamp post installation. He also mentioned that Brandon Garrison was the genius behind the lamp post installation and it was all thanks to him and a few others.

The fountain installation remains in progress and plans are underway to complete the project before May 15th in order to receive the grant. “We are under pressure right now,” said Harton regarding the time frame on the project.

Next under old business, the drainage cost estimate was brought to the council’s attention by Mayor Bennie Harton. Harton stated that he and Councilman Charles Hagan looked at the areas where there were priorities with the county engineer. “I talked with him and for one thing, the county equipment is down right now,” said Harton. He went on to say that two excavators with cutters are down.

“The county engineer couldn’t give me a time when they might be able to do our project,” said Harton. There was talk of renting an excavator but the issue is finding an experienced operator. Councilman Charles Hagan stressed to the Council, “Excavators can cause you more problems than you can imagine with an inexperienced operator.”

The objective of the drainage project is to mulch the brush to open the ditches up. Councilwoman Pat Wheat explained to City Engineer Jonathan Bonner, “We just want the ditches cleaned out.” The discussion ended with the council agreeing to allow Jonathan Bonner to find a name of someone willing to complete the project.

Furthermore, Brandon Garrison and Jonathan Bonner had a recommendation for industrial sewer rates. Bonner said, “Generally the industrial rate goes down based on the meter size.”

Bonner suggested that the council leave a specific rate out for the industrial client and do it by contract. “The sewer will be provided based on the impact,” said Bonner. It was Bonner’s suggestion that the city do a base unmetered rate.

“That way you don’t have to adopt a new rate, and it’s fair for everybody,” Bonner said.