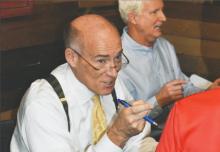 WBMA James Spann visited Gordo, Alabama for book singing on Saturday, July 16, 2022 at Main Street Nutrition from 9:00 a.m.-12 noon.
Books that were signed included “All You Can Do Is Peay”, “Weathering Life”, and “Benny and Chipper.” 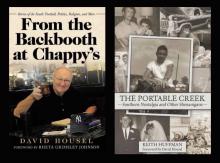 Being hailed as the “Biggest Literary Event in Gordo History,” Alabama One Credit Union will sponsor an in-person book signing by two Gordo natives at the Ruth Holliman Public Library during Mule Day weekend on Saturday. 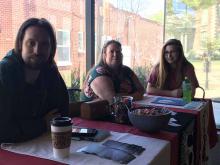 Carrollton’s Court Square Coffee held a book signing on Monday, April, 15th for a mother and son duo from Tuscaloosa. Erich Wildgrube’s book “The Empress and the Archer” was available for purchase and signing, while his mother, Paula Wildgrube, was also there with her book titled “To CATch a Thief”. 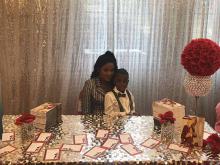 Chanerya Rowland and her son Ethan at her book signing at the Aliceville Library on Sunday, March 31st.

The Aliceville Public Library hosted its first book signing on Sunday, March 31st for Aliceville native Chanerya Rowland and her book titled Dear Ethan. Rowland, now a Tuscaloosa resident, mentioned that she was elated for the library to host her book signing and release amongst a crowd of friends and family.