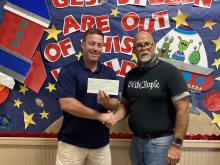 Mayor Craig Patterson presents a check for $7500.00 to Gordo Elementary School principal Jeff Campbell to use for any of the school’s needs.

GORDO- New beginnings arrive for the city of Gordo as Constance Davis, a small town country girl from Gordo, bring to the table two businesses.
On June 18, 2021, Davis had her grand opening for WCW Staffing Company and J&K Body Jewelry. 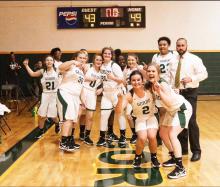 The Gordo Lady Waves win their first game in two years with a 49-43 win over American Christian Academy on Senior Night last Thursday.

GORDO - The Gordo Lady Wave defeated American Christian Academy 49-43 on Thursday for their first win of the season on senior night.
The Gordo fans filled the stands, showing support for seniors Emily Bryant, Taylor Clegg and Kaylee Quimby and the rest of the Lady Wave.

Hunter Oglen (3) leaves the Northside defense in the dust on a punt return. 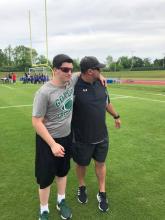 A.J. Burns and Gordo Coach Ryan Lolley. Burns was named a team captain for the Gordo vs. Oak Grove game and scored his first career touchdown on a 1-yard run in the fourth quarter. 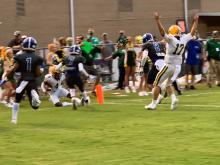 Ben Capps (17) celebrates as Izayah Edwards (4) goes into the end zone for a touchdown in Gordo’s 48-19 win over Oakman.

It looked as if Gordo’s season opener with Oakman may get delayed or even postponed, as a violent thunderstorm swept through the area just around an hour before kickoff.
However, when the clock struck 7 p.m., the weather was all clear and there wasn’t as much as a rain drop during the contest.
Gordo played sloppy early offensively and gave up big plays on defense, but settled in before halftime to build a 34-13 lead at intermission, in route to a 48-19 win. 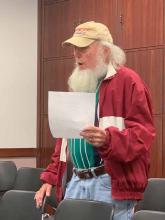