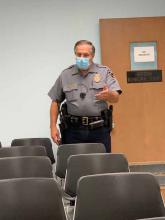 The Reform City Council meeting on July 16, 2019 began with the council approving the minutes of the July 2nd meeting. All were in favor to approve the accounts payable as well. All council members were present except for councilwoman Pat Wheat.
Mayor Bennie Harton began the meeting by discussing the price for the handicapped table at the mini park in Reform.
Councilman Malcolm Giles said that the one that the council had looked at for $836 was probably going to be the best price.

The Reform Council meeting on Tuesday, March 19 began with Mayor Bennie Harton discussing the quotes for the light repairs at the city park. Harton said the park director took a careful count of the park’s lights to determine exactly how many were needing replaced. Mills Electric had given the city a quote for approximately 40 lights being out, when the count was actually lower. 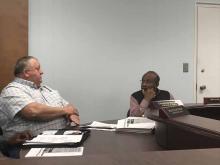 The Reform City Council is looking to replace the sign at the Reform City Park. Councilman Charles Hagan said the sign will be 4x8 feet and cost roughly $1,200. The city will then be responsible for having the sign mounted and painted.

“I think that it may cost a little more to get something like this, but that’s going to be there,” Councilwoman Pat Wheat said. “The sign that is there now has been there at least 20 years. I’d just rather pay a little more up front and be through with it.”

The next meeting of the Reform City Council is Nov. 20 at 7 p.m.
Subscribe to Reform Council