The April 1st Gordo Town Council made quorum last Monday evening, but councilmen Terence Williamson and Tim Washington were both absent for the meeting.

The first item of new business addressed was an ordinance and resolution of permanent nature, as Mayor Craig Patterson introduced a new proclamation before the council to name April 21-27, 2019 as Parental Alienation Prevention Week. April 25th is Parental Alienation Awareness Bubbles of Love Day.

The April 4th Carrollton City Council meeting was held at the Carrollton Police Department rather than city hall, due to unfinished remodeling at the normal meeting place.

Mayor Mickey Walker mentioned that the renovations to the Carrollton City Hall were almost complete, with everything set to go except some work on the windows. Walker said he fully expects the staff to be moved back into City Hall by the upcoming May council meeting.

Captain Jodie W. Minor Jr. of Carrollton was recently promoted to the rank of major in the U.S. Army.

Aliceville City Council's meeting on March 27 was very brief, as the first item under unfinished business was Mayor Marva Gipson discussing that at the March 13th meeting, Councilman Terrence Windham discussed the council meeting in a separate board meeting to discuss some of the city's matters. Gipson mentioned that the council would hold the board meeting on March 28. 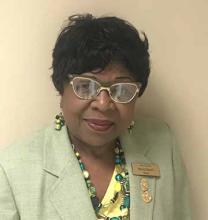 Mayor Marva Gipson is a native of Aliceville and a graduate R.J. Kirksey High School.  Gipson then attended Tuskegee Institute University and Miles College and began her career at the Pickens County Board of Education as a Teacher’s Aide and later as School Secretary. She was the third African American to be employed at Westinghouse Electricity Corporation, where she served as a shipping clerk/receptionist in Reform, Ala. 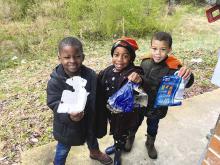 Local children assist in a ‘Clean-up Day at the Park’ in late February.

The Aliceville Dixie Youth league threw out the first pitch of the 2019 season this week with some much needed improvements to the Aliceville City Park fields.

Rob Dahlberg, President of the newly appointed Aliceville Park and Recreation Board, has been instrumental in the new park renovations and held a clean-up day in late February, where both adults and children worked together to help clean up trash and get the field ready for the upcoming baseball season. 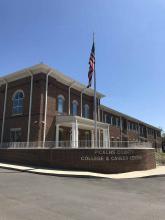 The Pickens County Board of Education meeting on Wednesday, March 20th began with Superintendent Jamie Chapman informing the board that the Board of Education meeting on Monday, April 15th would be moved to the Pickens County College and Career Center, rather than at the central office. Chapman stated that the meeting would remain at its scheduled time of 6 p.m. and all that would change is the location.

To ensure a continuing supply of telephone numbers, the new 659 area code will be added to the area served by the 205 area code, which is known as an area code overlay.

The Pickens County Commission recently adopted a new logging notice system that went into effect this week which will set up guidelines for timber owners and loggers.

The Commission held an extremely brief meeting on March 26, lasting a total of six minutes. First, the Commission made a motion to adopt the ordinance, to take effect April 1, and it was unanimously approved. Then, they voted unanimously to appoint County Engineer Clint Terry to be the license inspector responsible for enforcing the ordinance.