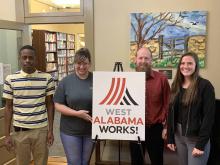 On Friday, September 27, 2019, Aliceville Public Library held a virtual job fair to help those in the Pickens County community who are looking for employment opportunities. 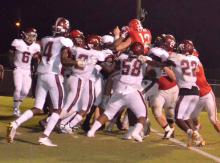 Gordo’s City Council met on September 9th at 5:30 p.m. to briefly discuss a few items on their agenda. After reading and approving the minutes from their August meeting, the council expressed their gratitude for the cards and posters sent to them by various classes from Gordo Elementary for the money that the council had sent to them.
Next, Mayor Craig Patterson made a formal motion to the council to make Johnny Stephenson the permanent police chief for Gordo and the motion was passed. 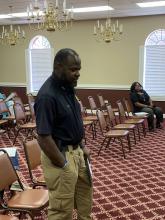 Aliceville Police Chief Tonnie Jones mentions to the council that the city needs to do more to honor police officers and first responders on September 11.

The September 11, 2019 Aliceville City Council meeting began with Warren Lavender calling the meeting to order, as Mayor Marva Gipson was absent for the meeting. The first item discussed by council was regarding Sunday alcohol sales. Since Mayor Gipson, nor City Attorney John Russell was available, the council chose to table the item until a later date. The motion was passed unanimously. The council then made a motion to pass the 2019-2020 budget. Without Mayor Gipson being at the meeting, the council also voted unanimously to table a vote to pass the 2019-2020 budget.

The minutes of the August 13, 2019 meeting were approved and under new business, the commission voted to declare a Canon copying machine in the appraisal office as surplus and authorize its disposal. The next item under new business was also dealing with the appraisals office. It was approved, just two weeks after it was approved for the Sheriff ’s office to purchase two F-150s that the appraisals office was approved to purchase two of the trucks, however, Revenue Commissioner Michelle Kirk said that the money used for the trucks would not come from the county’s budget. 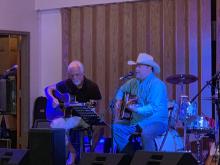 Carrollton’s inaugural Music Festival Fundraiser kicked off at on Sunday, August 25, 2019 with Jesse Reece performing at 3 p.m ., Chance Britt at 3:30 p.m., Overtime at 3:50 p.m., Allen Russell at 4:30 p.m., and Starburst at 5: 30 p.m. Confederate Railroad guitarist, and Carrollton native, Rusty Hendrix was also on hand to play with the music groups as well. “We are very thankful for Rusty Hendrix coming back home to Carrollton to put on this event,” Carrollton Mayor Mickey Walker said. 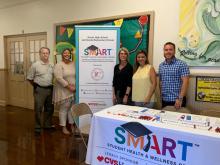